A woman’s worth and mission

Read John Chapter 4 to learn all about the Smartian Woman who was changed by Christ. Her background: She lived in Samaria, the region between Judea and Galilee. v 4:7. She came to Jacobs well, to draw water. Jesus who was resting there asked her to give Him a drink. Her story: she was surprised He would speak to her, since he was a Jewish man and she was a Samaritan woman.

+ She Shared her testimony

+ She was not silent about what the LORD told her

+ She listened intently to what the LORD was saying

+ She wanted this Living Water that the LORD was talking about.

It is Jesus who fills our every thirst, He is a spring of Life, HE is the Living Water. HE is the Savior of the world. HE is TRUTH to a dying and hurting world. We as women can impact the world in which we live. Just as the Samaritan Woman impacted the folks in her town. She shared her testimony and simply told them what the LORD has done.

How can I keep silent about the GOD I serve; how could I not want to talk about HIS Greatness and what HE’S done for me! HE saved my life; the Savior of the world changed my life. For me to read His Word, is life to my soul, light unto my path. YES, I Believe! but I no longer believe because of what someone told me, I believe because I know for myself. I believe, because of His Transforming Power, HIS Unfailing LOVE, HIS Gentleness, HIS Loving Kindness, HIS Merciful Grace, HIS Everlasting LOVE, HIS Faithfulness, HIS LOVE is indescribable too great for me to explain. The LORD has answered numerous prayers, in the smallest details of my life {big and small}. Who are we, that HE is mindful of us?

O taste and see that the LORD is good: blessed is the man that trusts in him. {Psalm 31:8} 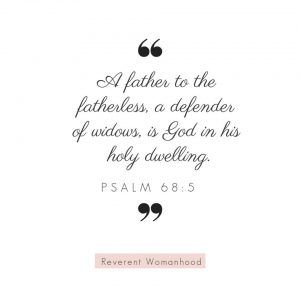 I love studying the life of the heroes of the fait

Springtime brings fresh new growth. I love that we

So thankful we have a choice, and there are so man

Thy testimonies have I taken as an heritage for ev

I love studying the life of the heroes of the fait

Springtime brings fresh new growth. I love that we

So thankful we have a choice, and there are so man

Thy testimonies have I taken as an heritage for ev

I am He who lives, and was dead, and behold, I am